Domestic workers who work in middle class homes in Delhi, drivers working for taxi companies in Gurgaon, the construction worker in Kerala and the agricultural labourer in Punjab in all probability have one thing in common – they are migrants. Nearly one-third of India’s population is migrant population. Half of this population has migrated from rural areas to cities in search of work. Lack of alternate livelihoods and skill development in source areas, locations from where migration originates, are the primary causes of migration from rural areas. Workers migrate seasonally, temporarily, or for a longer period, either within a state or across states. More often than not, they are vulnerable, exploited and work in conditions where their rights are not protected.

Ahead of World Day of Social Justice in February, the United Nations Country Team aims to draw attention to the complex phenomenon of internal migration and highlight the issues and challenges associated with it. The purpose is to stimulate public awareness and facilitate policy debates on enabling safer and meaningful migration for vulnerable workers.

Migration is Crucial to Development…

Labour migration within India is crucial for economic growth and contributes to improving the socio-economic condition of people. Migration can help, for example, to improve income, skill development, and provide greater access to services like healthcare and education.

…But Migration is Risky and Challenging

Despite positive outcomes of migration, the process of migration can be very challenging for both male and female migrant workers, whether it is voluntary or distress (forced) migration.

The challenge is that migrants usually form a class of invisible workers. They work in poor conditions, with no access to government services and schemes, which are usually available to other workers. There are different risks in source and destination areas. Needs of family members, including infants, children, adolescents and elderly who accompany migrant workers or are left behind in source areas also need to be addressed.

Potentially negative costs and risks for migrant workers that need to be mitigated include:

Women constitute an overwhelming majority of migrants. Female migrants are less represented in regular jobs and more likely to be self-employed than non-migrant women. Domestic work has emerged as an important occupation for migrant women and girls. A gender perspective on migration is imperative since women have significantly different migration motivations, patterns, options and obstacles from men. Read more

Since internal migration in India is very large, it it needs to be given high priority with specific policy interventions. Governments and policy makers can play a vital role in ensuring that migrant workers undertake safe migration, have decent working and living conditions in destination areas, are aware of their rights and have access to social security and welfare schemes. Read more

Suggestions to promote Decent Work for Migrant Workers in India include: developing a policy framework that gives priority to migrants, creates linkages between state and central policies on healthcare, education and social security, and facilitating convergence of state and central resources.

Sustaining Competitive and Responsive Enterprises (SCORE)
India is witnessing a huge movement of migrant labour especially from northern and eastern parts of India to Western and Southern States. While this is triggering economic prosperity for these workers and help host States meet their demand for labor, this phenomenon also brings with it unique challenges. ILO’s ‘Sustaining Competitive and Responsive Enterprises (SCORE)’ initiative is aiding Enterprises adopt methods to absorb migrant workers as part of their productive resource base more compassionately.

Overview of Internal Migration in India
Internal migration is an essential and inevitable component of the economic and social life of India. Given its regional imbalances and labour shortages, safe migration should be encouraged. But absence of coherent policy framework poses many challenges in achieving safe migration. This paper gives an overview of challenges and policy recommendations to promote safe migration.

Approximately 70 percent of internal migrants are women yet, there is lack of gender-specific discourse on migration. What are female migrants’ motivations, patterns and obstacles, and how they differ from that of male migrants?

Internal Migration and the Right to Education
Migrant children are among the most educationally marginalized in India. The right to education of migrant children remains compromised, since seasonal and temporary migration results in disruption of regular schooling of children.

Internal Migration and Human Development
Internal migration can make substantial contributions to human development in terms of improved incomes, education and health. However due to lack of policy framework, migrants and their families pay heavy costs and face risks that compromise the potentially positive outcomes of migration.

Internal Migration and Children
Children are the most unrecognized and vulnerable groups among internal migrants. Migrant children often lose access to basic entitlements, miss out on schooling and are subject to health and security risks. This leads to irreversible impact on their physical, emotional and cognitive development.

Today migration stands high on the agenda of global policy priorities and will continue to rise in the future. How well equipped is the multilateral system to meet the challenges posed by migration, and what should be the particular role of ILO within the system?

Social security systems provide for basic income in cases of unemployment, illness and injury, old age and retirement, invalidity, family responsibilities such as pregnancy and childcare, and loss of the family breadwinner. However, only 20 percent of the world’s population have adequate social security coverage.

Road to work
Migration through the eyes of women domestic workers, challenges they face and the difference it has made to their lives.

Lured by a job, trapped in forced labour
In search of a job to support his family, a man accepts an offer from a recruiter and signs a contract for what looks like a good job with decent wages. But on reaching the destination he realizes, the reality is very different.

Breaking Silence
Breaking Silence captures the experiences of women migrants living in Mullahera village in Gurgaon, Haryana and showcases how community radio is making a difference in their lives.

Experts Speak showcases the key priorities identified to improve the situation of internal migrants in India.

Voices from the Grassroots

A smart way to prevent bonded labour
A young couple and their new baby are the first beneficiaries of a national health insurance scheme, which now extends to migrant brick kiln workers at risk of bondage in Andhra Pradesh, India. 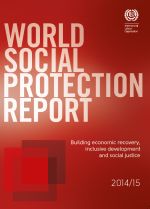 Social security systems provide for basic income in cases of unemployment, illness and injury, old age and retirement, invalidity, family responsibilities such as pregnancy and childcare, and loss of the family breadwinner. However, only 20 percent of the world’s population have adequate social security coverage.