Trade in many developing countries projected to ‘nosedive’, warns UNCTAD

UN News/Daniel Dickinson
Many container ports, like this one in New York City, have seen a decline in activity as a result of the coronavirus pandemic.

Trade in many developing countries is expected to take a “nosedive” in the second quarter of 2020, owing to the unprecedented effects of the coronavirus pandemic, UN economists said on Tuesday.

In a new report from UN trade and development body, UNCTAD, it highlighted data showing that the value of international trade in goods has declined by about five per cent between January and March.

Worrying as that is, commerce is expected to plummet further – by a staggering 27 per cent – from April to the end of June. 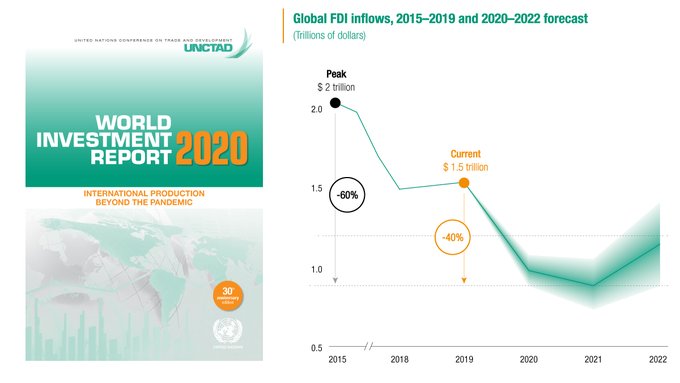 To put it into perspective, this is even worse than the near 25 per cent contraction in world trade in the aftermath of the 2008-9 financial crisis, from which the global economy has yet to recover fully. 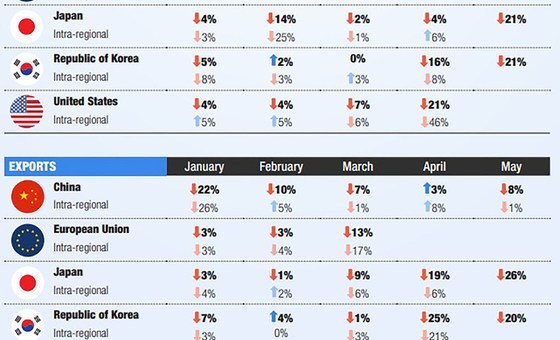 Impact of COVID-19 on imports and exports of major trading economies, January-May 2020. | UNCTAD

But trade data shows that in April, the steepest decline in exports was in poorer countries in South Asia and the Middle East.

On the other hand, East Asian and Pacific nations experienced the smallest export shock – and some have even shown “signs of recovery”, according to UNCTAD’s Global Trade Update.

Other key findings show that while the pandemic has caused trade in the automotive and energy sectors to collapse, trade of medical products related to COVID-19 more than doubled in April.

On the basis of ongoing economic uncertainty, UNCTAD expects a decline of around 20 per cent for 2020.

This is in line with the World Trade Organization (WTO), which believes that the decline in international trade will be between 13 and 32 per cent this year.

Based on key country indicators such as Purchasing Manager Indices (PMI), UNCTAD noted that they “signal further deterioration of international trade in the second quarter”.

PMI above 50, indicates an expansion of the export orders compared to the previous month, while anything below 50 represents a contraction; 50 indicates no change.

What does ‘build back better’ really mean? One of the world’s top CEOs give us his take