UN News/Daniel Dickinson
George Floyd, an African American, was killed after being restrained by police in the United States.

The UN Human Rights Council in Geneva on Wednesday heard powerful testimony from the brother of George Floyd, whose death,  captured on video, while a police officer knelt on his neck for over eight minutes in Minneapolis, has sparked worldwide protest.

In a pre-recorded appeal to the Council to set up an international probe to investigate killings of Black people in America, and violence against demonstrators, Philonise Floyd urged the United Nations to act. 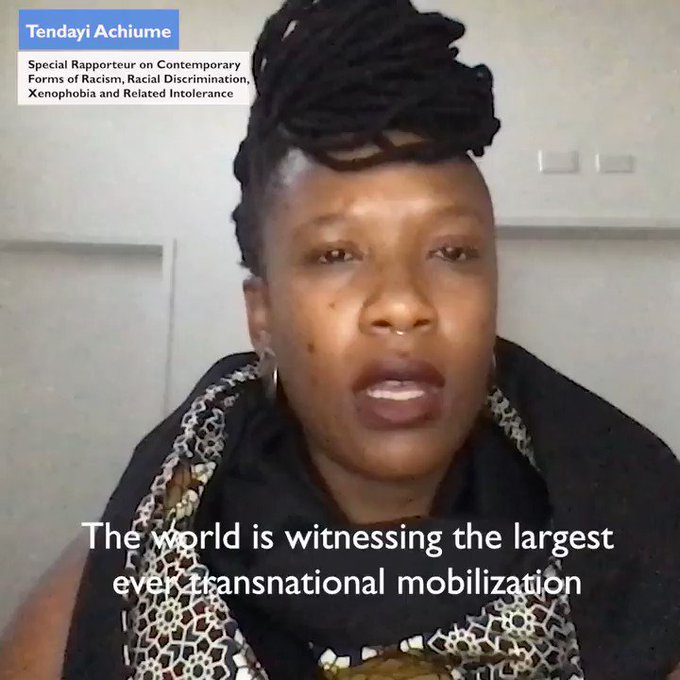 Echoing that message, UN Deputy Secretary-General Amina Mohammed said: “Today, people are saying, loudly and movingly, ‘Enough.’ The United Nations has a duty to respond to the anguish that has been felt by so many for so long.

“This cause is at the heart of our Organization’s identity. Equal rights are enshrined in our founding Charter. Just as we fought apartheid years ago, so must we fight the hatred, oppression and humiliation today.”

‘I am asking you to help us. Black people in America’

Mr. Floyd delivered his message in the Council’s first Urgent Debate on racism, alleged police brutality and violence against protesters, who have marched by the million, after being sickened by the manner of George Floyd’s death, called by the African Group of nations.

Addressing the Council at the start of the debate, UN High Commissioner for Human Rights, Michelle Bachelet, struck a similarly urgent tone. “Time is of the essence. Patience has run out,” she said. “Black lives matter. Indigenous lives matter. The lives of people of colour matter. All human beings are born equal in dignity and rights and that is what this Council, like my Office, stands for.”

Reminding the Council’s delegates of the circumstances surrounding his 46-year-old brother’s death on 25 May in Minneapolis, Mr. Floyd noted that even after he was “unconscious, stopped moving and stopped breathing, the officer kept his knee on my brother’s neck for another four minutes as many witnesses kept begging the officer to take his knee off of my brother’s neck and save his life.

‘No mercy, no humanity’ 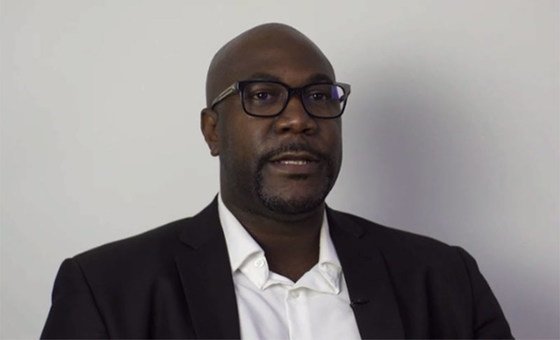 “The officers showed no mercy, no humanity and tortured my brother to death in the middle of the street in Minneapolis with a crowd of witnesses watching and begging them to stop, showing us black people the same lesson yet again: black lives do not matter in the United States of America.”

Ms. Bachelet called for the reform of specific institutions and law enforcement agencies across the world, and measures to address the “pervasive racism that corrodes institutions of government, entrenches inequality and underlies so many violations of human rights”.

“Gratuitous brutality has come to symbolise the systemic racism that harms millions of people of African descent”, she said, adding that it causes “pervasive, daily, life-long, generational and too often lethal harm”.

The urgent debate, only the fifth to take place since the Council began its work in 2006, was initiated by the Council’s African Group, after a call from more than 600 rights groups to investigate alleged police violence after Mr Floyd’s death.

“The African Group is profoundly worried by recurring acts of racial murder and police brutality and by recurring violations of human rights against people of African heritage in some parts of the world,” said African Group representative, Ambassador Léopold Ismael Samba (Central African Republic). “The African Group condemns firmly the senseless and unjustified killing of George Floyd.”

In a call for reform and notably a renewed commitment to the implementation of key pledges taken to combat racism in in 2002 at the Durban World Conference Against Racism, Racial Discrimination, Xenophobia and Related Intolerance, Ambassador Samba added that it was “unacceptable” to still have to be “talking about and fighting for equality for some people 72 years after the adoption of the Universal Declaration of Human Rights which proclaims that all people are born free and in dignity”.

In a session marked by expressions of sympathy for the family of George Floyd, speakers also addressed the issue of violence against protesters – a matter also raised by Philonise Floyd.

“When people dared to raise their voice and protest for my brother, they were tear-gassed, run over with police vehicles, several people lost eyes and suffered brain damage from rubber bullets, and peaceful protestors were shot and killed by police,” he said.

“Journalists were beaten and blinded when they tried to show the world the brutality happening at the protests. When people raise their voices to protest the treatment of black people in America they are silenced; they are shot and killed.”

Highlighting how the many protests around the world had been “the culmination of many generations of pain and long struggles for equality,” Ms. Bachelet noted that “too little has changed over too many years. We owe it to those who have gone before, as well as those to come, to seize this moment, at long last, to demand fundamental change and insist upon it.”

Criminal acts by some among the protests

Nonetheless, the High Commissioner for Human Rights underlined how she had been “disturbed by the criminal acts undertaken by a small number of people amid the many peaceful protests around the world, which have often harmed property of racial and ethnic minorities in acts of fresh victimization. Video evidence has also shown excessive use of force against protestors by police, including during entirely peaceful protests. All these incidents should be investigated and those responsible should be brought to justice.”

Speaking for the UN Secretary-General António Guterres, Amina Mohammed noted to Council delegates that he shared their “abhorrence of racism” and was committed to fighting it with every tool we have”.

The UN Deputy Secretary-General also pointed out that he had launched a one-year process to address grave staff concerns on the matter, before quoting from a recent letter he sent UN staff, in which he insisted that the “scourge violates the United Nations Charter and debases our core values”.

From personal experience and in likely reference to her joint Nigerian and British roots, Mrs Mohammed added: “The poison of racism still rages, and so the fight must still be waged. On a personal level, from my high school days in the United Kingdom through my career across the private sector, civil society and now international public service, I have grown thick skin.

“I have even become numb, to the extent that one has forgotten how to feel the injustice of racial slurs and my human right to live a life of dignity and of respect.”

Welcoming early results on use of dexamethasone in sickest COVID-19 patients, WHO warns it’s ‘no cure-all’