An Indian tradition of service and sacrifice

For 70 years, the United Nations’ peacekeeping operations have stood as a beacon of multilateralism and international solidarity, the embodiment of the highest ideals of the UN. From Sierra Leone to Cambodia, Timor Leste, Namibia, El Salvador and elsewhere, UN peacekeeping has helped countries move from war to peace, proving to be one of the international community’s most effective investments in peace, security, and prosperity.

India’s participation in this remarkable enterprise is perhaps without parallel. India has been and remains one of the largest contributors of troops to UN peacekeeping missions, with more than 2,00,000 personnel deployed in operations since 1950, the most of any country. This is an incredible demonstration of India’s deep commitment not only to maintaining peace and harmony across the world but also of its belief in the UN Charter.

This proud history of UN peacekeeping dates back to its inception in the 1950s, when the Indian Army made its first commitment to a UN assignment, contributing troops as well as medical corps during the Korean War from 1950 to 1954. Since that first mission, India has participated in more than 50 missions and 168 Indian peacekeepers have made the supreme sacrifice while serving. Indian peacekeepers have been deployed in some of the UN’s most dangerous and challenging missions – in South Sudan, Congo, Mali, Central African Republic and ten other UN mission across the globe.

India has also provided and continues to provide eminent force commanders for UN peacekeeping operations. And as the demand for UN peacekeepers has risen steadily, India has responded to the call for service, reaffirming the strength of its relationship with the UN. As of June 2018, India is the third largest troop contributor in the world, with over 6,000 personnel stationed around the world, helping save lives, protect people and setting the stage for a lasting peace.

Here’s a look at how India’s combined efforts over the past 70 years have become the backbone of UN peacekeeping: 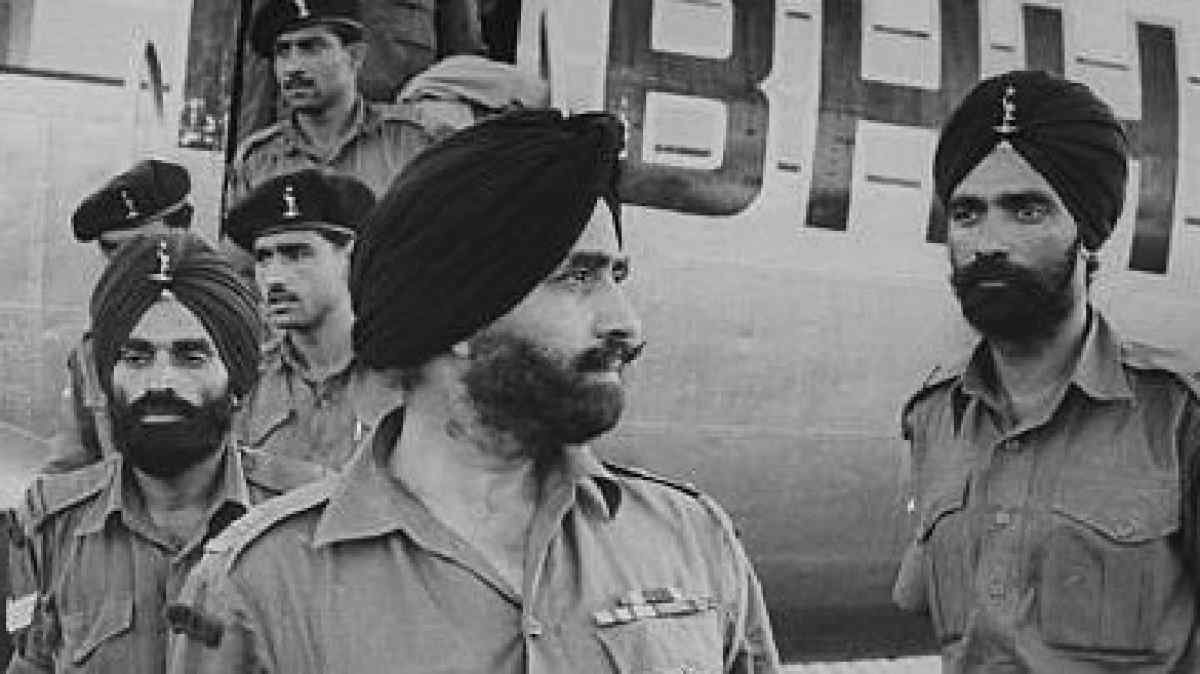 Indo-China(1954-70): India provided an infantry battalion and supporting staff for the crisis in Vietnam, Cambodia, and Laos. Tasks included monitoring of the ceasefire and repatriation of prisoners of war, among others. A total of 970 officers, 140 JCOs, and 6,157 other ranks were deployed. 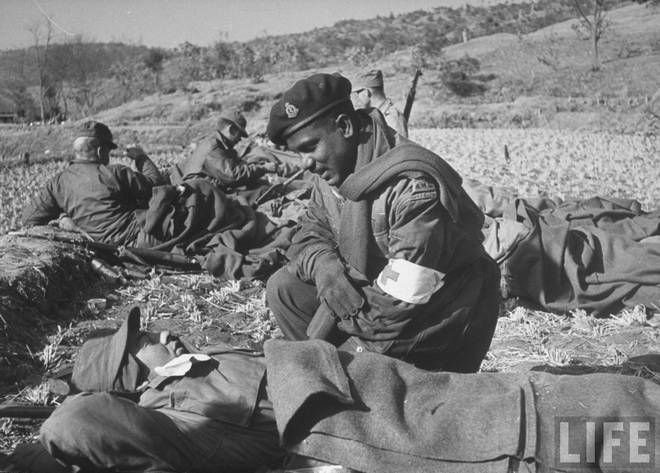 Korea(1950-54): India deployed the 60th Indian Field Ambulance, a paramedical unit comprising 17 officers, nine junior commissioned officers (JCOs) and 300 personnel of other ranks in the Korean War, primarily to facilitate the withdrawal of sick and wounded in Korea. The unit was awarded the President’s Trophy on 10 March 1955 by the then President of India, Dr Rajendra Prasad. This is the only mission to be awarded the President’s Trophy till date. Lt Gen K.S. Thimmaya was appointed as the Chairman of the Neutral Nations Repatriation Commission (NNRC) set up by UN. India also provided a custodian force under Maj Gen S.P.P. Thorat that had 231 officers, 203 JCOs, and 5,696 other ranks. 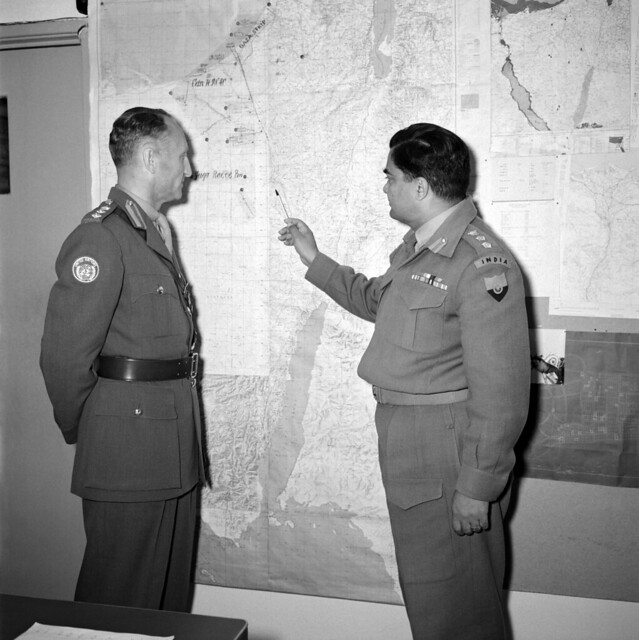 Middle East (1956-67): India was part of the United Nations Emergency Force (UNEF), where the use of armed military contingents was first authorized by the Security Council for deployment in the Gaza Strip and the Sinai Peninsula after the Arab-Israeli War in 1956. India contributed an infantry battalion and other support elements from November 1956 to May 1967. Over a period of 11 years, 393 officers, 409 JCOs, and 12,383 other ranks took part in the operations. Its success led the Security Council to readily accept a 1960 request by the Congo for military intervention to help the country maintain peace after its independence from Belgium. 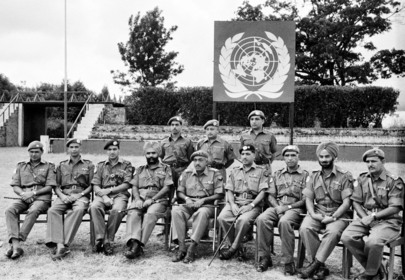 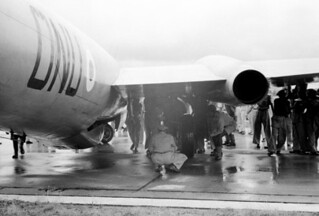 Mission ONUC, Congo (1960-63): In 1960, Ambassador Rajeshwar Dayal of India was appointed the Secretary-General’s Representative in the Congo, playing a notable role in attempting to defuse the conflict politically. Two infantry brigades comprising 467 officers, 401 JCOs, and 11,354 other personnel, assisted by six Indian Air Force light bombers, conducted operations in what turned out to be an extremely dangerous UN peacekeeping operation. This militarized mission ensured the unity of Congo and resulted in the maximum number of casualties suffered by India in any UN operation – 39 personnel laid down their lives. India’s Captain Gurbachan Singh Salaria, who died in action, became the first and only UN Peacekeeper to be awarded the Paramvir Chakra, the country’s highest award for gallantry, for his role in action in Katanga, southern Congo.

Indar Jit Rikhye, a major general in the Indian Army, who had been Chief of Staff of the United Nations Emergency Force in Gaza, was appointed Military Adviser to Secretary-General Dag Hammarskjöld for the Congo operations. He continued in this capacity under Secretary-General U Thant.

Major General (later Lieutenant General) Prem Chand also went on to serve as the Force Commander in operations in Namibia in 1989, overseeing that country’s historic transition

During the operations of the United Nations Peacekeeping Force in Cyprus, launched in 1964, three Indians served as force commanders: Lieutenant General Prem Singh Gyani, General Kodandera Subayya Thimayya and Major General Dewan Prem Chand. General Thimayya was one of the Indian Army’s most decorated officers and was awarded the Padma Bhushan (the country’s third highest civilian award) for his contributions in Korea.

Major General (later Lieutenant General) Prem Chand also went on to serve as the Force Commander in operations in Namibia in 1989, overseeing that country’s historic transition to independence. In Yugoslavia Lt Gen Satish Nambiar, served as the United Nations Protection Force Commander from March 1992 to March 1993. He also served on the “High-level Panel on Threats, Challenges and Change” of the Peacebuilding Commission. 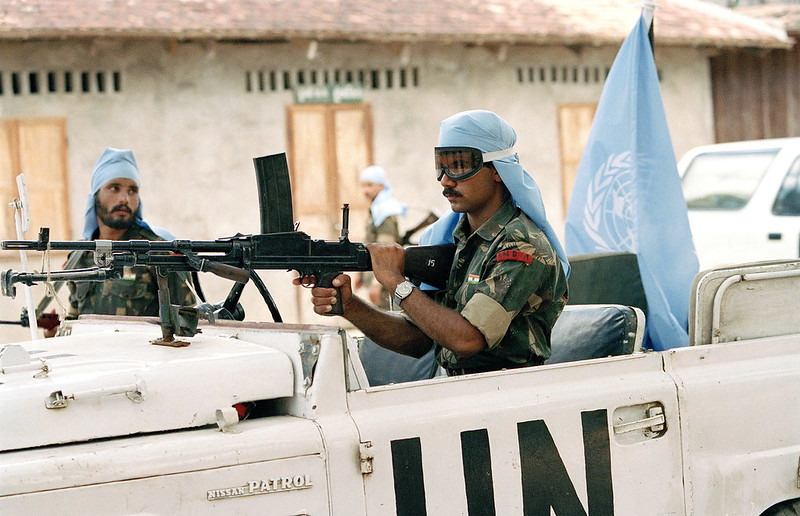 Mission UNTAC, Cambodia (1992-93): UNTAC – the United Nations Transitional Authority In Cambodia – was set up to supervise a ceasefire, disarm combatants, repatriate refugees and monitor conduct of free and fair elections. A total of 1,373 personnel from the Indian Army participated. 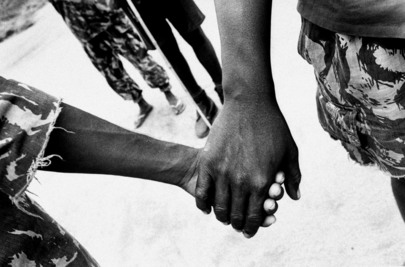 Mission ONUMOZ, Mozambique (1992-94): When the United Nations Operations in Mozambique (ONUMOZ) officially ended in 1994, it was widely considered a peacekeeping success story. It fulfilled its mandate in only two years, though it had a complex mandate—namely, to monitor and verify the ceasefire and to oversee the separation and concentration of forces, their demobilization, and the collection, storage, and destruction of weapons. After two years in operation, it had brought to an end a long-running and vicious civil war and guided Mozambique through its first democratic elections. India participated with 1,083 peacekeepers, providing engineers, logistics support, staff officers and military observers. 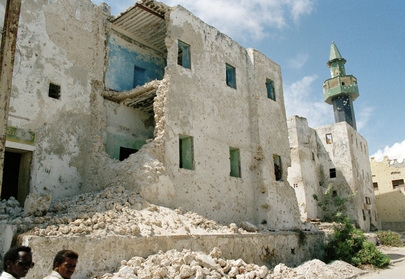 Mission UNOSOM II, Somalia (1993-94): The Indian Navy and Indian Army took an active part in the United Nations Operations in Somalia (UNOSOM). India contributed 5,000 personnel from all ranks and four Indian navy warships. Indian personnel displayed considerable resilience in facing dangerous conditions in these missions. India was one of the few troop-contributing nations to maintain its original presence until the end of that operation, even resisting domestic political pressure to withdraw its troops. 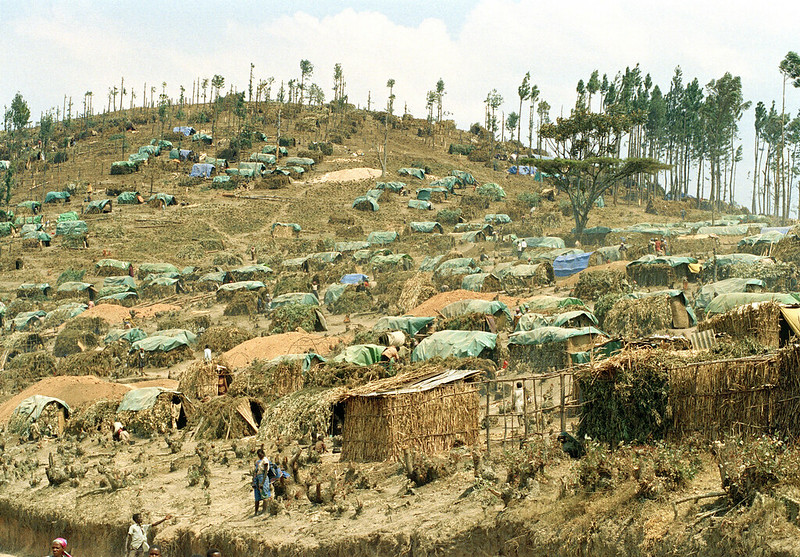 Mission UNAMIR, Rwanda (1994-96): Almost 1,000 Indian troops took part in the United Nations Assistance Mission for Rwanda (UNAMIR) from December 1995 to March 1996. An infantry battalion group, a signal company and an engineer company, staff officers and military observers – 956 personnel in all — were deployed. Brigadier Shiva Kumar of the Indian Army was the third and last Force Commander of United Nations troops to serve in that conflict. In a genocide that killed as many as 1 million people, Indian troops were stationed in Rwanda till the end of the mission, while several countries asked for their troops to be withdrawn. 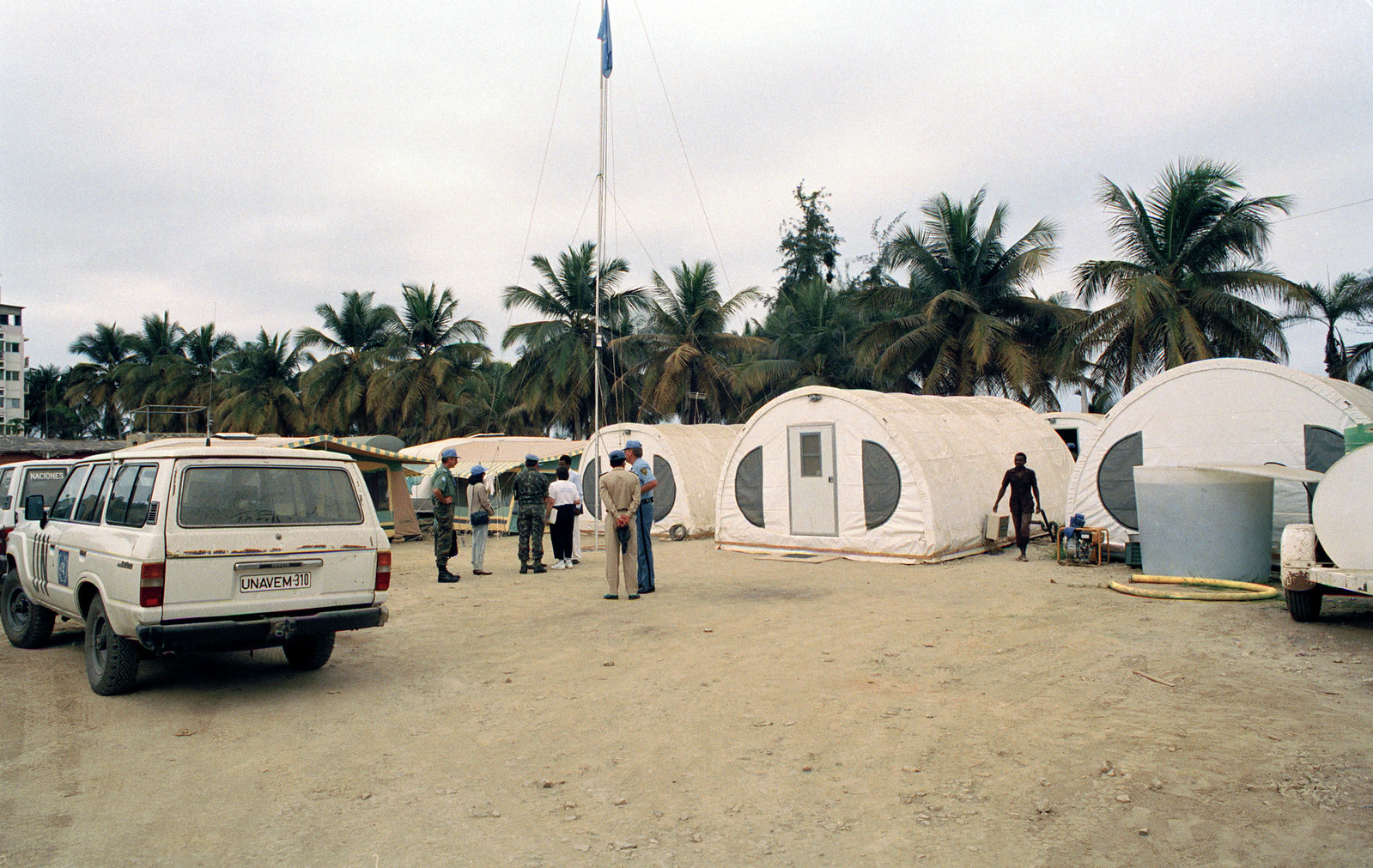 Mission UNAVEM, Angola(1989-99): The United Nations Angola Verification Mission (UNAVEM) was mandated to supervise the withdrawal of foreign troops and monitor elections. Besides providing a deputy Force Commander to UNAVEM, an infantry battalion group and an engineer company comprising a total of 1,014 personnel, India also contributed 10 military observers for UNAVEM I, 25 for UNAVEM II and 20 military observers, 37 SOs and 30 senior NCOs for UNAVEM III. 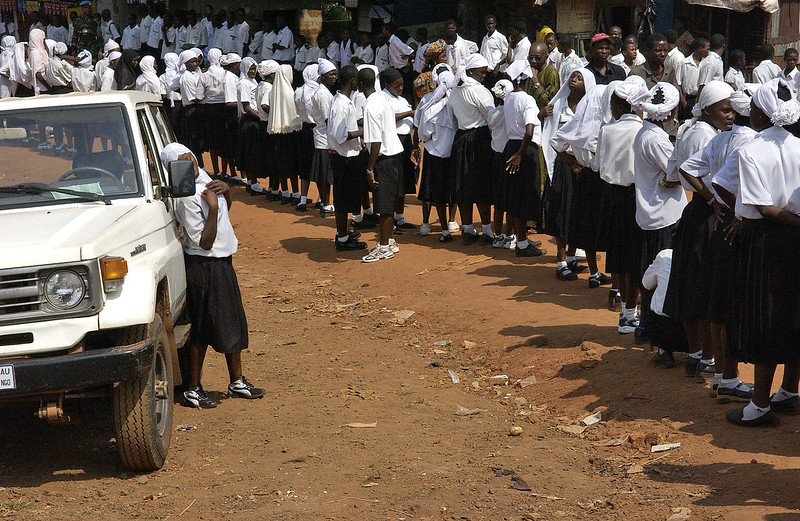 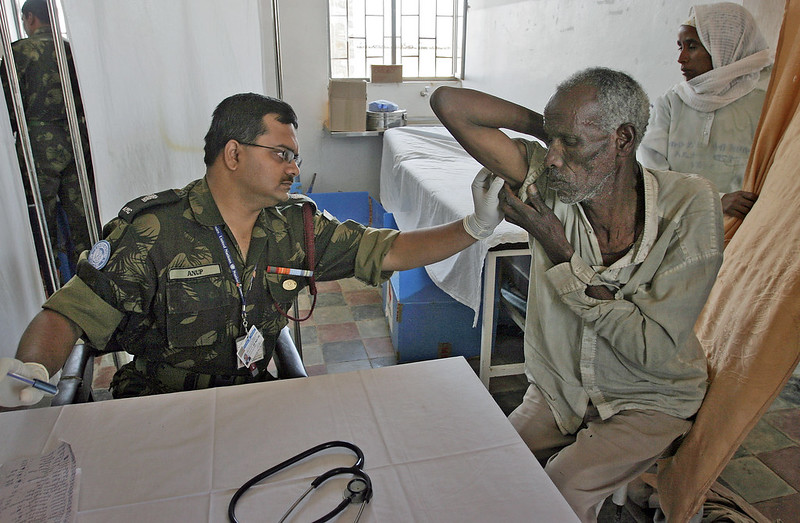 Mission UNMEE, Ethiopia-Eritrea (2006-08): India contributed an infantry battalion group, a construction engineer company and a force reserve company in the Ethiopia-Eritrea conflict from 2000 to 2008 under the United Nations Mission in Ethiopia and Eritrea (UNMEE). 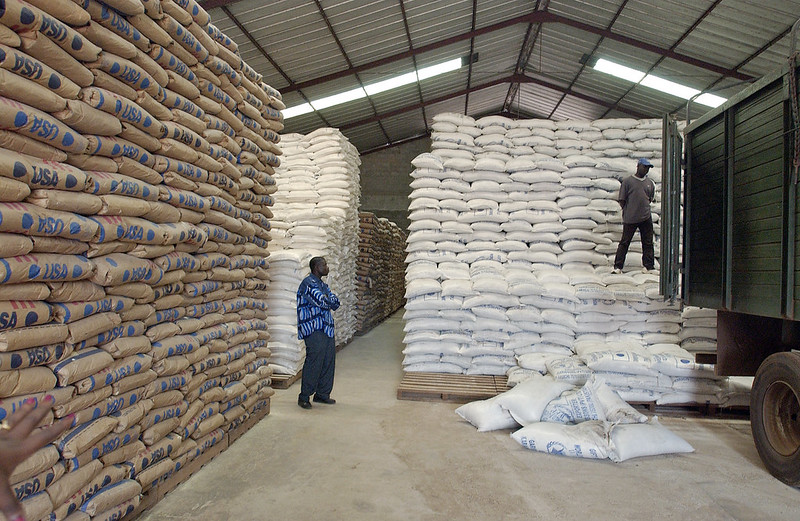 UNOCI, Ivory Coast (2004-17): The United Nations Operation in Côte D’Ivoire (UNOCI) was supported by Indian staff officers and military observers since its inception in 2004 till the mission closed in 2017. The withdrawal of UNOCI illustrates the remarkable progress made by Côte d’Ivoire towards sustainable peace and stability and economic prosperity. 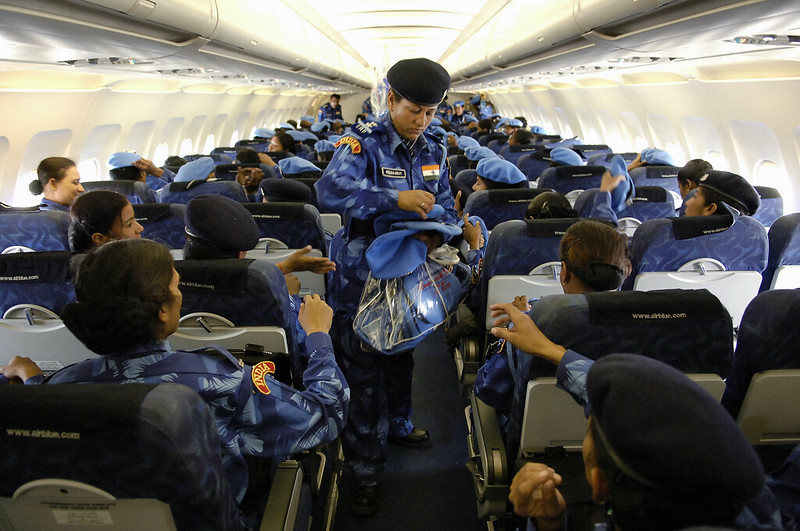 UNMIL, Liberia (2007-18): The United Nations Mission in Liberia successfully completed its mandate on 30 March 2018. India contributed both male and female Formed Police Units in Liberia. The female FPU repatriated in February 2016 and served as an inspiration for the women of Liberia, setting precedents for other such female FPUs across the world.

Of the missions currently underway, the Indian Armed Forces are presently involved in the following: 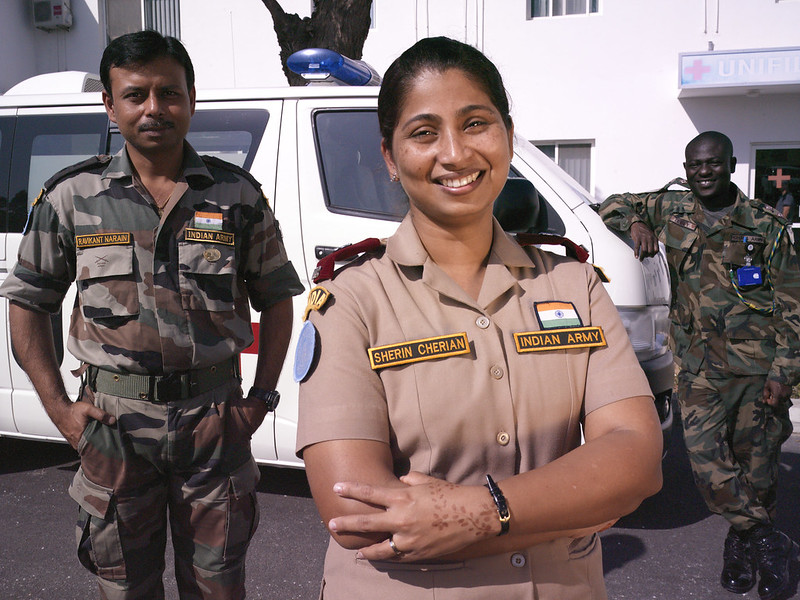 Lebanon (UNIFIL) (Since December 1998): India has contributed 892 peacekeepers, an infantry battalion group and a Level II hospital to date. The current situation at the United Nations Interim Force In Lebanon (UNIFIL) is tense and volatile due to the crises in Syria. 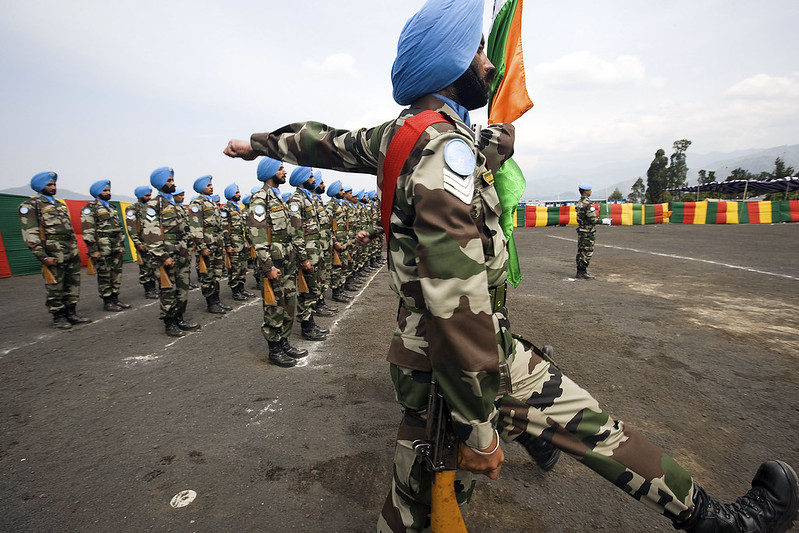 MONUC/MONUSCO, Extended Chapter VII mandate, Congo (Since January 2005): India has served under the United Nations Organization Stabilization Mission in the Democratic Republic of Congo (MONUSCO). India’s contributions included four infantry battalions, a Level III hospital and two formed police units. This included Indian paramilitary forces from the Border Security Force and the Indo-Tibetan Border Police, deployed since 2009. Lieutenant General Chander Prakash of India served as the Force Commander of this Mission from 2010 to 2013. MONUSCO’s new mandate vide Resolution 2098 (2013) has been implemented with an intervention brigade provided by the African Union, deployed under UN Command. 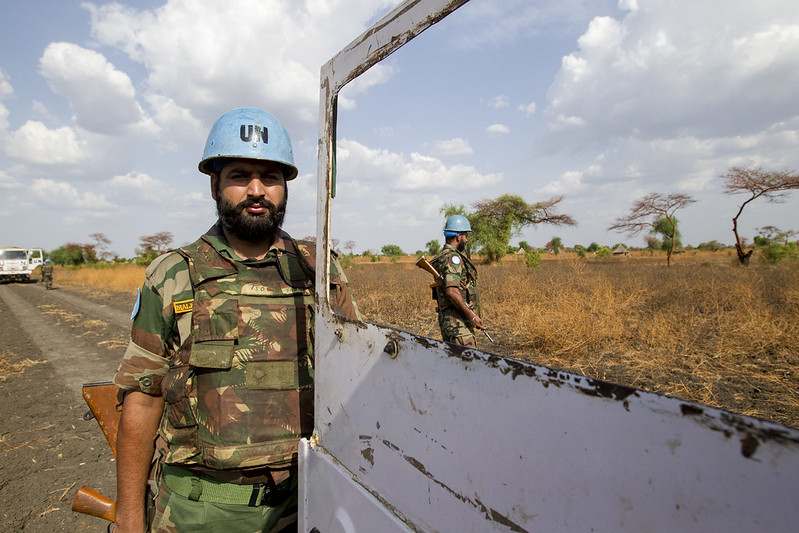 UNMIS/ UNMISS, Sudan (Since April 2005): Indian forces have been active in United Nations Missions in Sudan (UNMIS) and South Sudan (UNMISS) since April 2005. Two infantry battalion groups and a Level II hospital are among the assets deployed, with Lt Gen Jasbir Singh Lidder serving as Force Commander from January 2006 to May 2008. UNMIS wound up its six years of mandated operations in July 2011 the same day South Sudan declared independence. In support of the new nation, the Security Council established a successor mission– UNMISS, where Lt Gen Lidder was Deputy Special Representative of the Secretary-General for the Sudan. 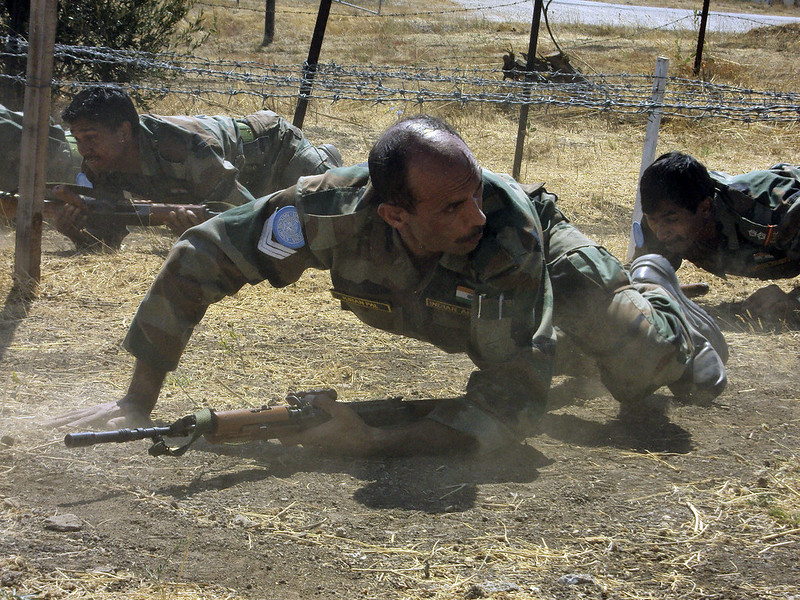 UNDOF, Golan Heights (Since February 2006): Indian peacekeeping forces have been deployed in the Golan Heights since February 2006, to maintain the ceasefire between the Israeli and Syrian forces and to supervise implementation of the 1974 Disengagement Agreement between the two countries. A logistics battalion with 190 personnel has been deployed to look after the logistics security of the United Nations Disengagement Observer Force (UNDOF). Maj Gen Iqbal Singh Singha of India was the Force Commander from 2012 to 2015, preceding Maj Gen Jai Shanker Menon, who was appointed in 2016 and served till September 2017. The mission relocated along the ‘A’ line and our contingent is currently based in Camp Ziounai. 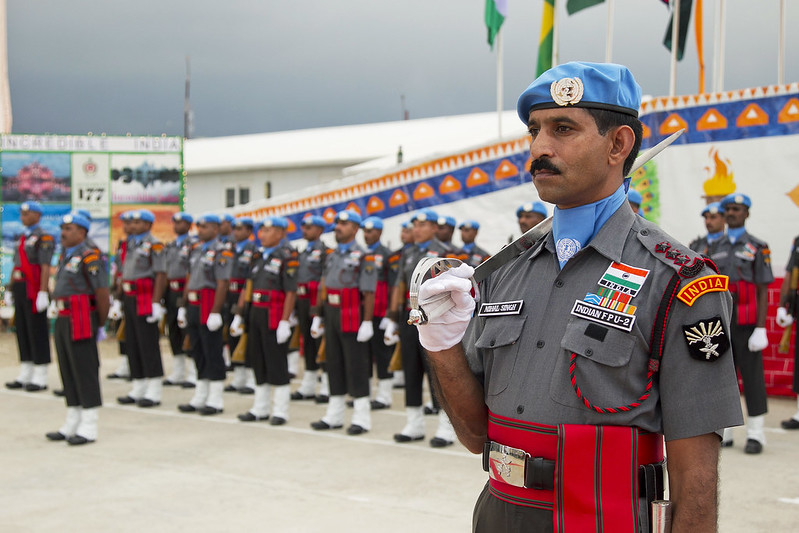 MINUSTAH/MINUJUSTH, Haiti (Since December 1997): Apart from three Indian Formed Police Units there, which have been hugely successful, the United Nations Stabilization Mission in Haiti (MINUSTAH) and UN Mission for Justice Support in Haiti (MINUJUSTH) have been supported by Indian Army staff officers since inception. In April 2017, the Council decided in resolution 2350 (2017) that MINUSTAH would close on 15 October 2017, transitioning to a smaller follow-up peacekeeping mission which would support government efforts to strengthen rule-of-law institutions, further develop the Haitian National Police and engage in human rights monitoring, reporting and analysis – MINUJUSTH.